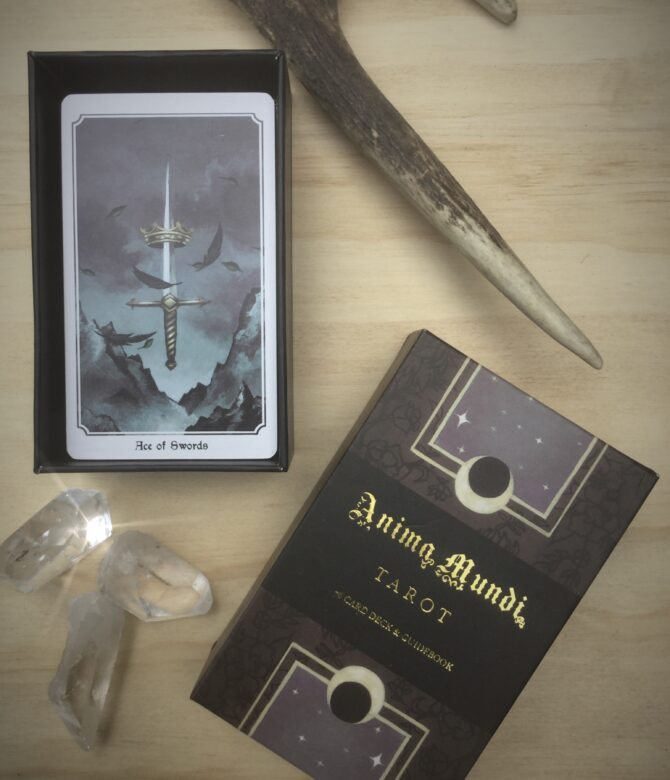 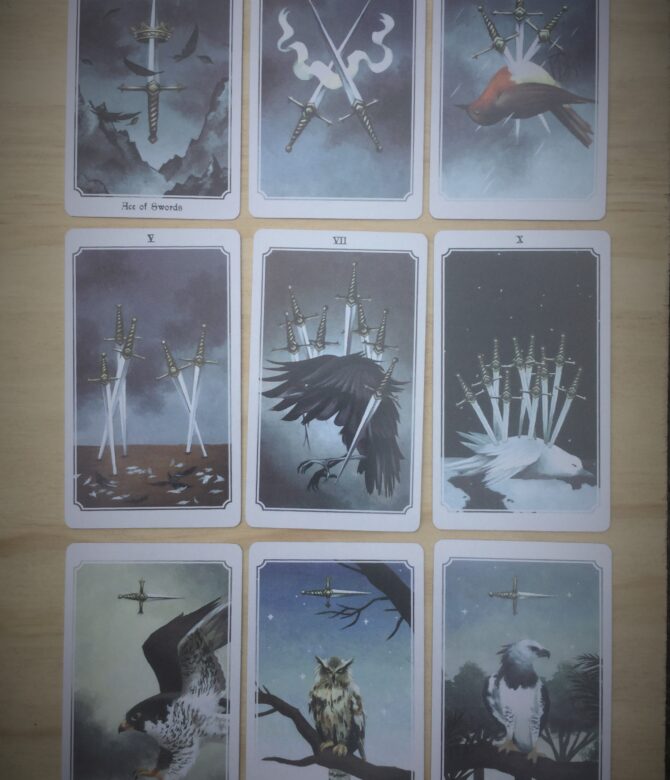 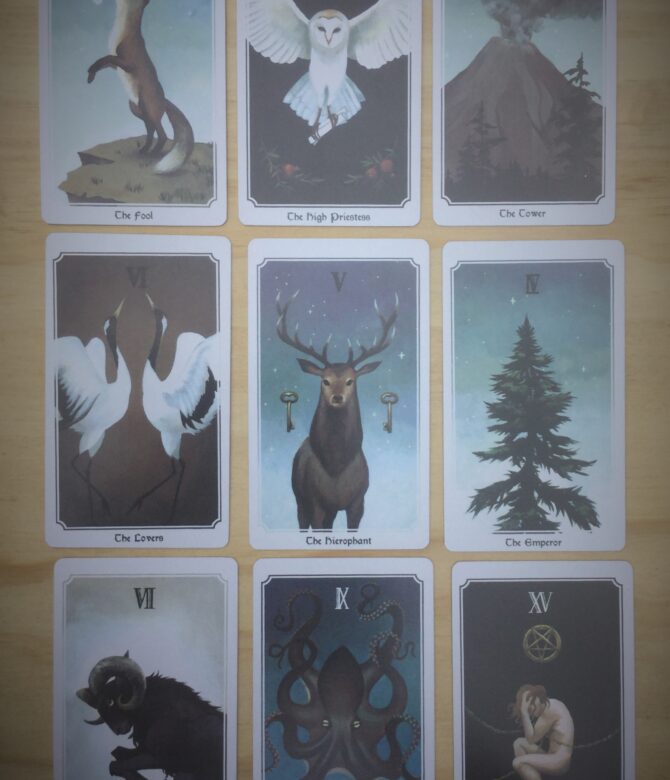 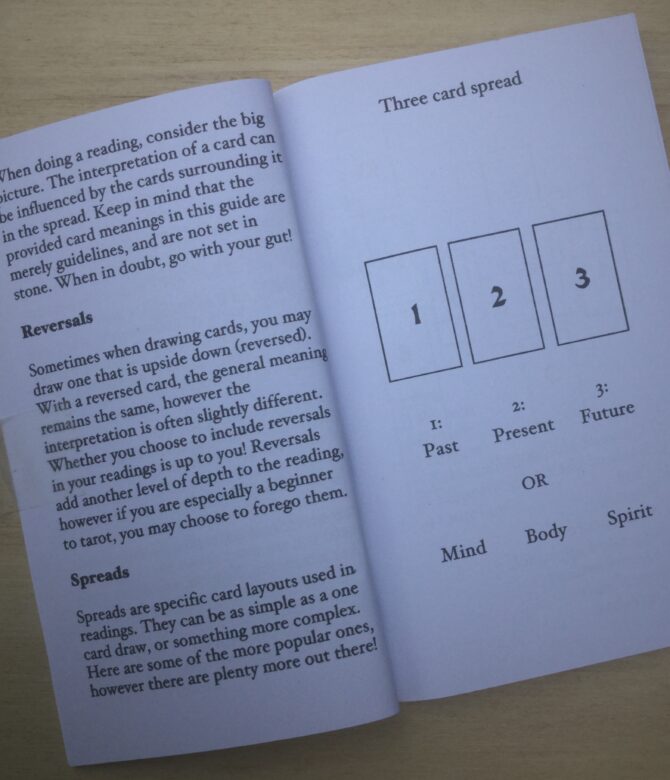 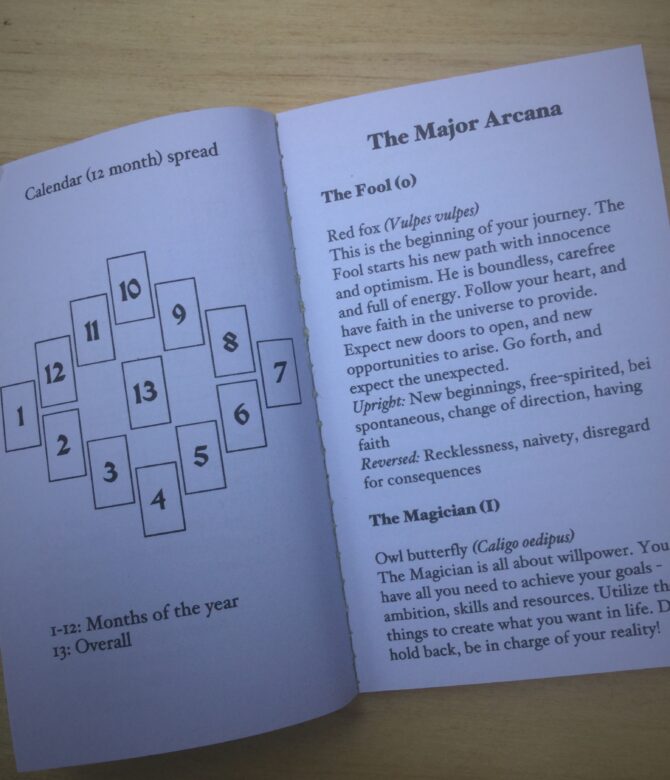 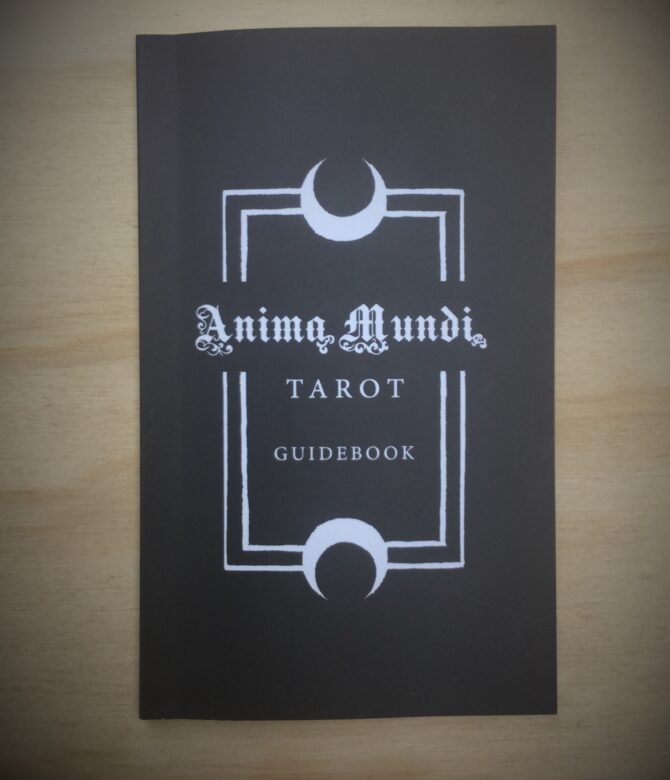 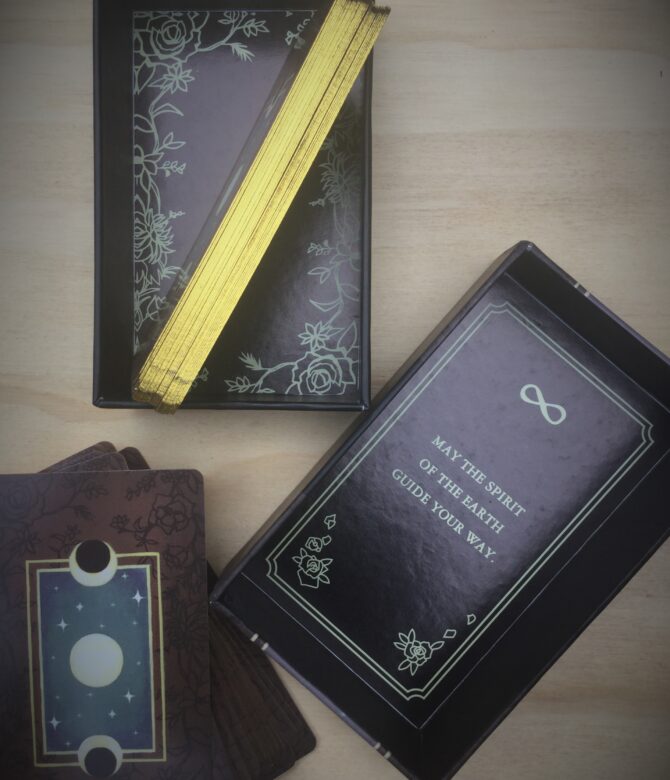 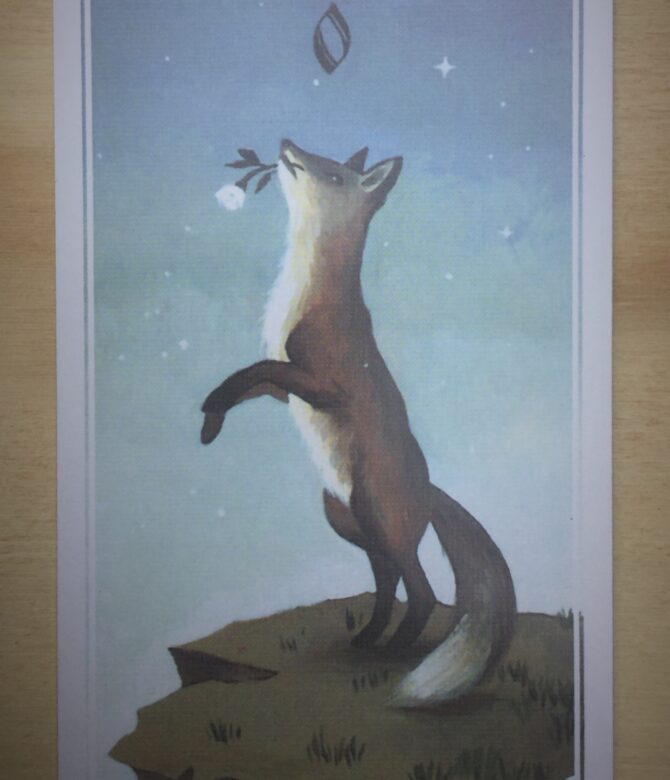 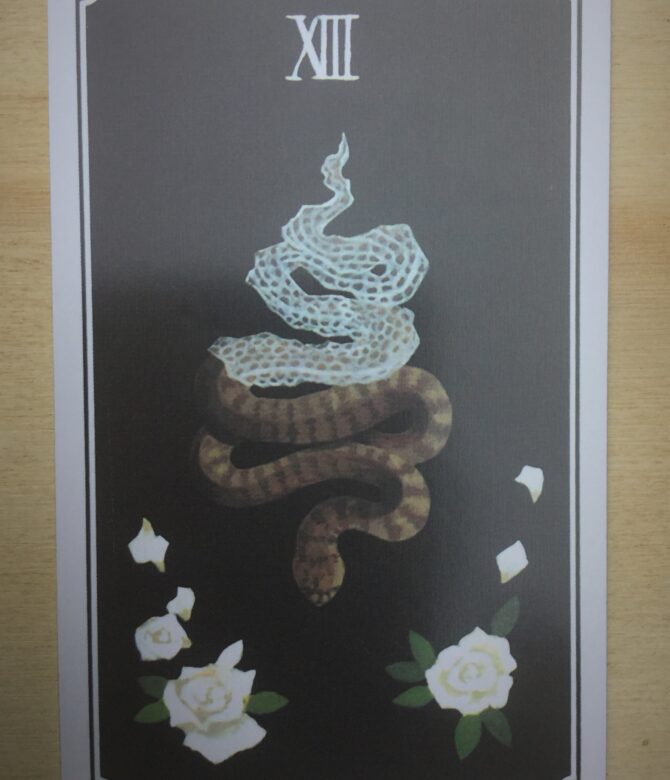 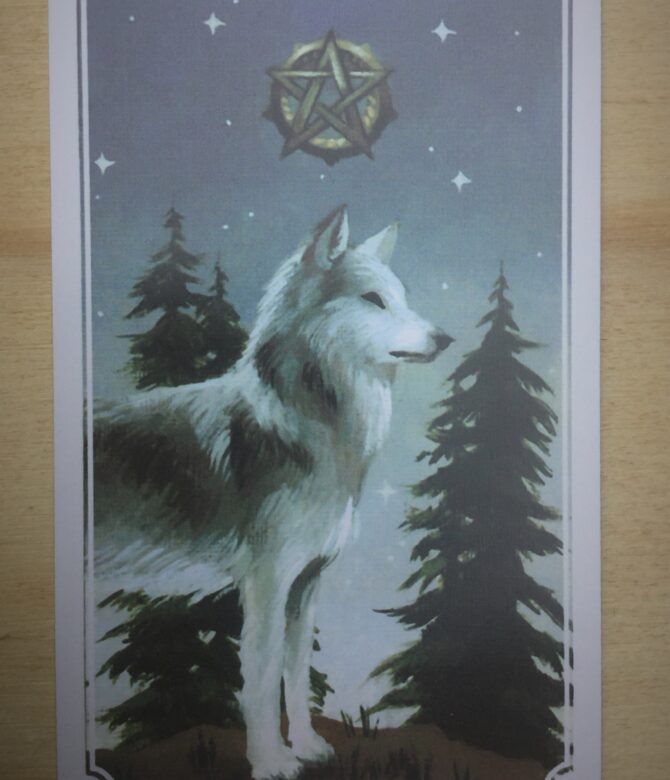 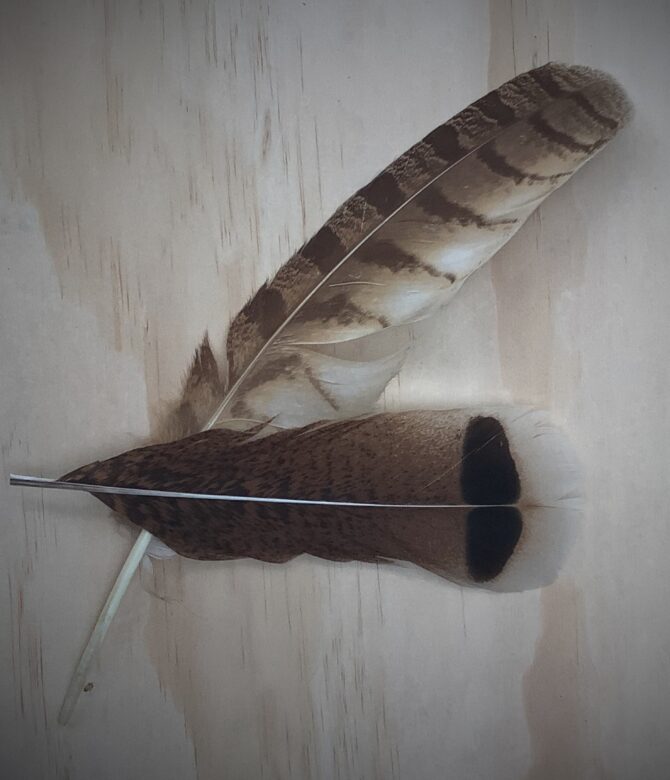 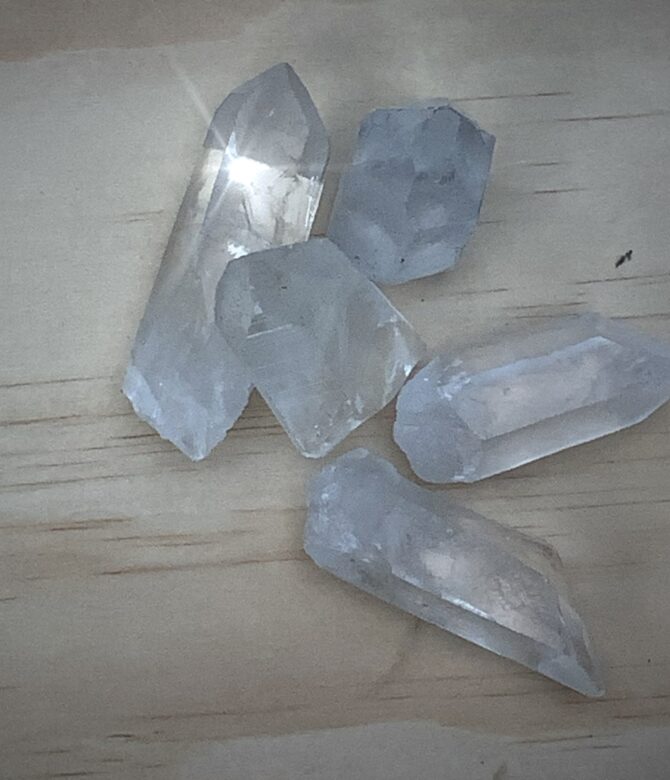 This nature-based tarot deck is based off of the Rider-Waite deck, inspired by the incredible biodiversity of this planet. “Anima Mundi” is a Latin term which loosely translates to “the world’s soul.” Originally coined by Plato, it is the belief that all living things on this planet are connected as a single spiritual entity.

About the deck:
Each deck comes with a Clear Crystal Quartz Point and a beautiful feather
> 70x120mm cards
> 350gsm matte cardstock with linen finish
> Gold foiled edges
> Housed in a sturdy rigid two-part box with smooth matte laminate finish
>Includes a 52-page guidebook for each deck, with an intro to tarot readings, individual card meanings, and suggested tarot spreads